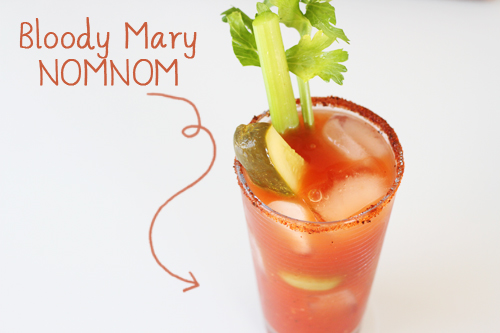 So, if you know Jordan, you know he loves his Bloody Mary’. When I first met him, dare I say, I had not tried one. And then I did try one and I didn’t like it. (I don’t like tomatoes.) But after a lot of taste testing I’ve realized that they are an acquired taste and you truly have to figure out “how” you like your Bloodys. These days, I’ll enjoy a spicy Bloody or two. 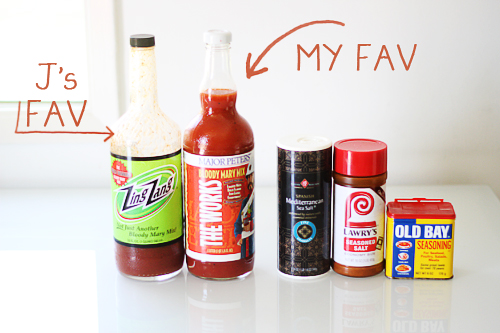 As far as mixes go, Jordan’s favorite is Zing Zang but I prefer The Works (it is actually no longer available in California and Jordan bought me some offline). As far as what to put on the rim, we switch it up. For a while we used Old Bay Seasoning, moved on to Lawry’s Seasoning Salt, and most recently have been going with straight Sea Salt. 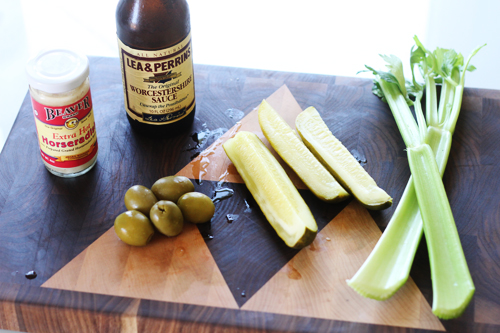 When it comes to garnishes, Jordan stays pretty basic with a couple olives and a stalk of celery. I sort of despise celery so I go with pickles for my stirrer. I also enjoy olives, a touch of Worcestershire and even  a dot of horseradish (gimme that spice!) 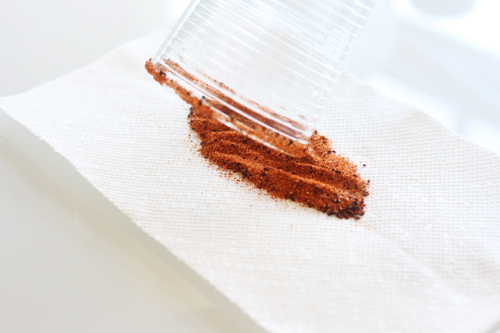 First wet the rim of your glass. Then rub it in your choice of salt mixture. (Old Bay seen here.)  Then add a lot of ice to the glass. 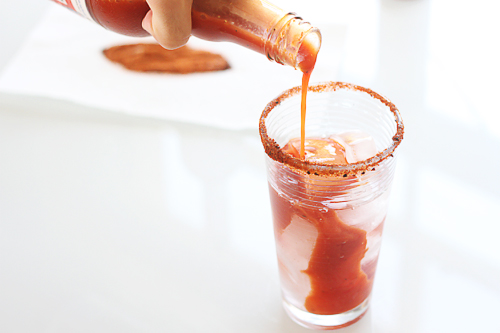 Next it’s time to add the liquids. Jordan’s ratios are estimated at 1 part vodka, 1 part mix, 1/2 part water. Start by pouring in the vodka. I recently got him some Bloody Mary flavored vodka (yes he loves Bloody Mary’s that much) but any vodka will do.  Follow the vodka with the Bloody Mary mix, then a splash of cold water. 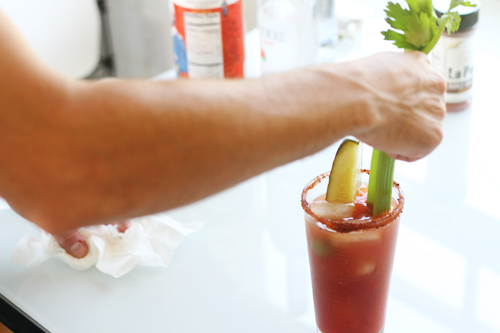 Then it’s time for garnishes. They can be completely customized to your own liking! And enjoy! :] 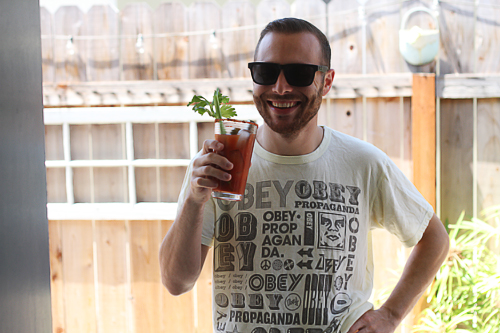