By Julie9 Comments
Aaahhh home sexy home. It feels so good. Though, the recovery from Burning Man has been slow. Jordan and I slept for 15 hours the first night we got back. I’ve been dealing with a nasty head cold that started during our trip. Unpacking is a mess because everything is covered in a layer of white dust. But, the feeling of being home is, as they say, priceless. 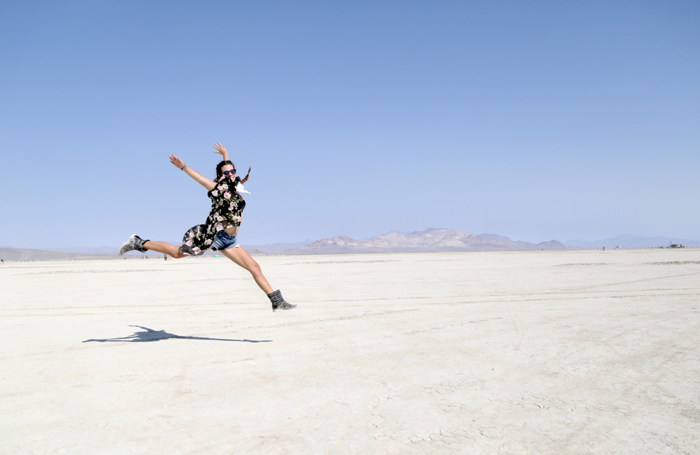 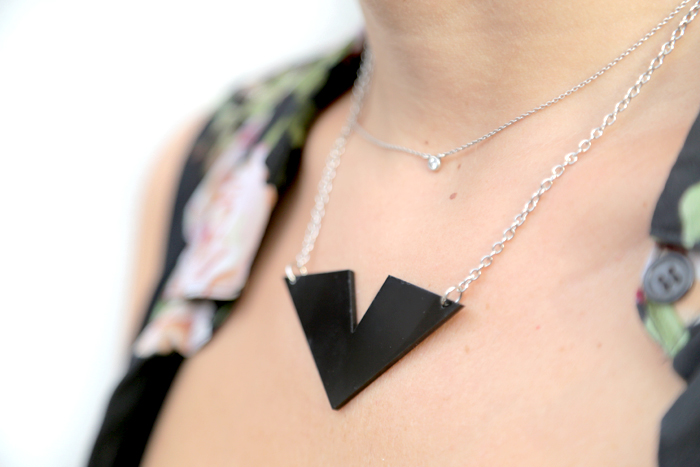 Necklace c/o Whittle By Design – Get 15% off with the code WHITTLEBYDESIGN until Sept. 30th!
Floral Top: F21, Boots: Steve Madden
Burning Man was pretty intense. I knew it would be. That’s a big part of the reason I threw myself into it. Some of you have asked me what Burning Man is, and I don’t really know how to answer that. Burning Man is what you make it.
It’s a community that is built in the middle of the desert for one week, and then is taken down, “leaving no trace behind.” Wikipedia will tell you “The event is described as an experiment in community, art, radical self-expression, and radical self-reliance.” The structures and “art cars” people create for Burning Man are incredible. My mind was blown at the amazing, intricate, beautiful pieces that covered the desert. Costumes are also used for self-expression. That is something J and I lacked, as we were too busy preparing for our “radical self-reliance,” making sure we had survival gear (ex: water, baby wipes, flash lights, sun screen, food, goggles, bandanas….).
Right now, I think I’m still processing it. It was unlike anything I’ve seen or experienced before. Total sensory overload. We have a lot of photos to sort through. And of course a video is in the works too. So stay tuned for that!
I’ll be playing catch up for the next few days. Some wholesale orders have stacked up while I was gone and I want to get them sent out before we leave again this weekend. Never-ending, I’m telling ya. How was your weekend? Do anything fun for Labor Day? xo JA