By Julie10 Comments
I made some sparkly trees over the weekend. I love them, they are so fun! This project was pretty experimental as far as supplies and process go but I’m going to try to explain what I did as best as I can. 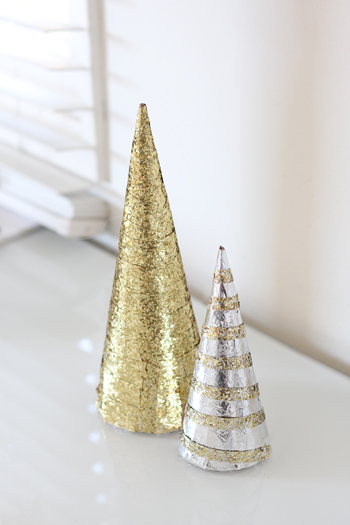 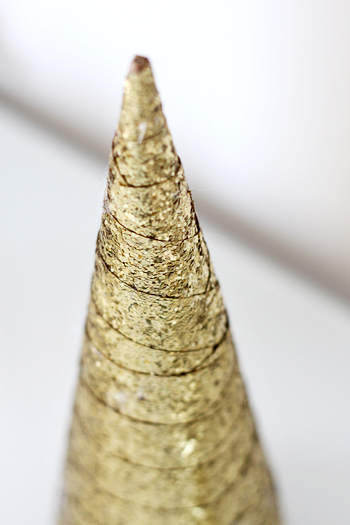 I picked up my supplies at Michaels. I grabbed a few cardboard cones for the tree’s basic shape, and then went on the search for shiny, sparkly materials to give my trees some more festiveness. I walked out with a few different kinds of gift wrapping ribbon. Well, I thought they were ribbon at the time, but it turns out, it was glittery tape. Which ended up being even better. 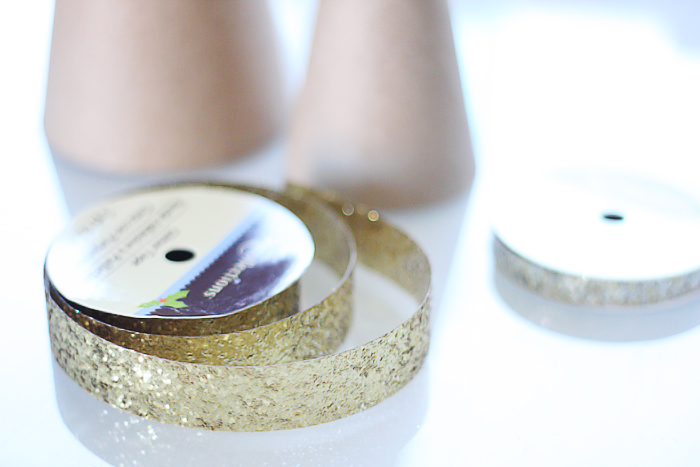 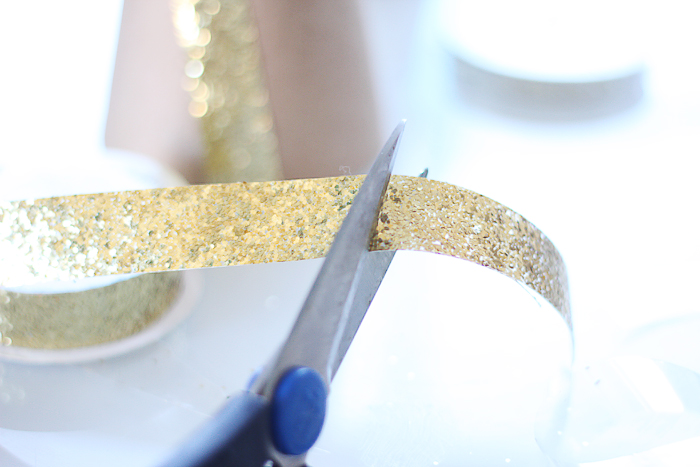 Rather than having to get out the glue, I just cut 2-3 inch pieces of the tape and started sticking it over the cone. I had no technique, just continued to overlap the pieces so that the cone was completely covered. 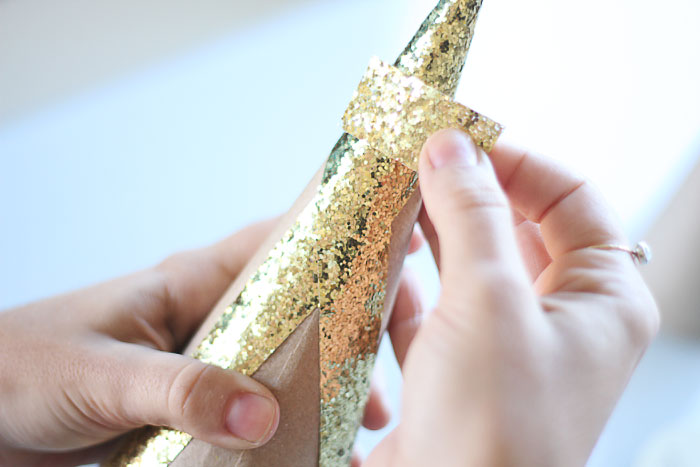 Once the entire cone was covered I used a paint brush to coat it in Mod Podge to hold the tape in place. That reminds me, on the striped cone my first step was to Mod Podge silver mylar pieces to cover the cone. I got a silver mylar balloon from the Dollar Store and cut it into pieces, but I don’t really recommend this because it was a pain. And you’d probably be able to get the same shiny effect using foil anyways. 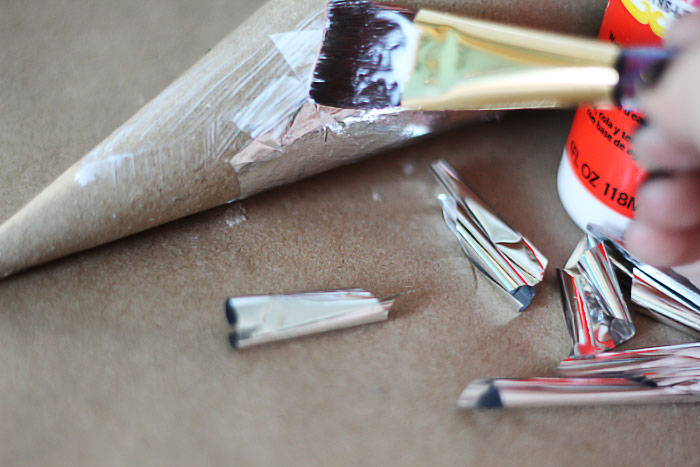 There are also a lot of possibilities as far as materials to use, but in general, it was a relatively easy project and I really like how it turned out. These decorations are simple, but really fun at the same time. 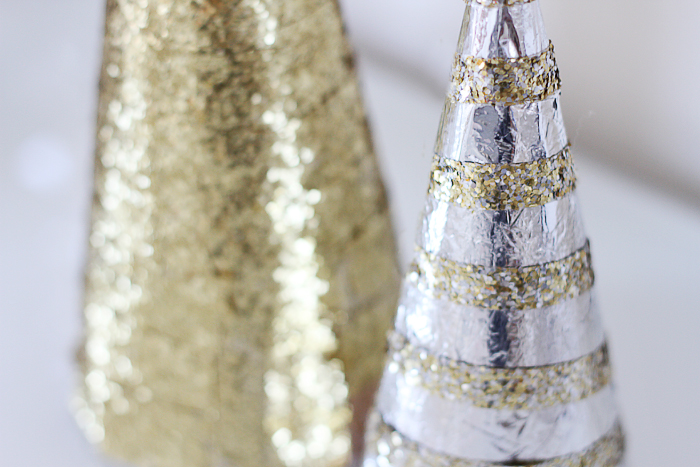