By Julie5 Comments
While traveling up the coast of Australia was amazing, I wish we would’ve had more time for the journey. As I mentioned in my previous Australia post, the accommodations were really great there. But we only had a day at each place before we had to get back on the road and we were never really ready to leave! Aanuka Beach Resort, in Coffs Harbor, was no exception. In fact we stayed there the majority of the day, not getting back on the road until evening. 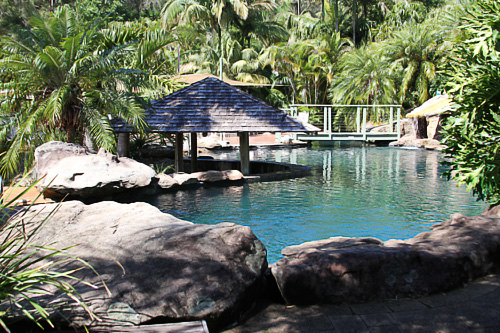 We found this resort in my Lonely Planet Australia book. It described Aanuka as a luxurious resort set amid luscious foliage. Um, yes please! It ended up being exactly what we needed. We enjoyed a beautiful day of relaxation. 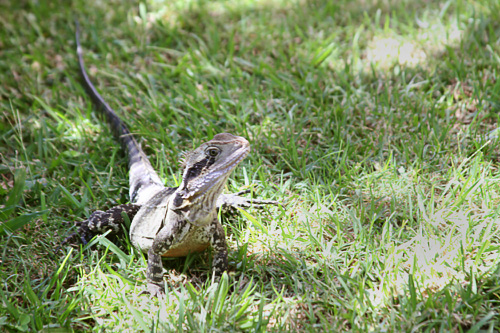 The resort was filled with huge lizards. They would get eerily close, occasionally even jumping in the pool with us for a swim. 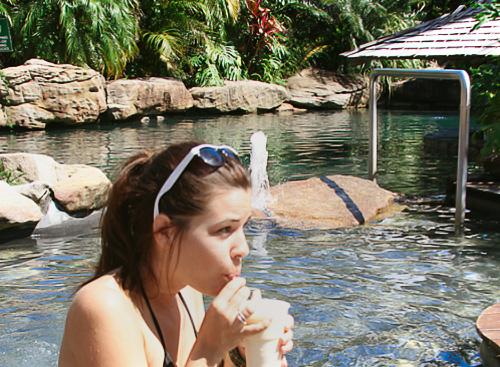 We drank a lot of pina coladas. It was pretty much heaven. 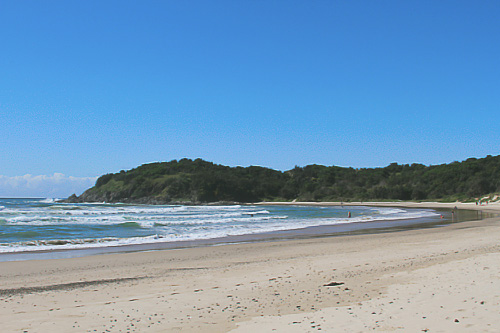 One of the perks to this beautiful resort was that it was also right on the beach. We made sure to take some time away from the pool to enjoy the ocean. The water was soooo much warmer than the water here in California. 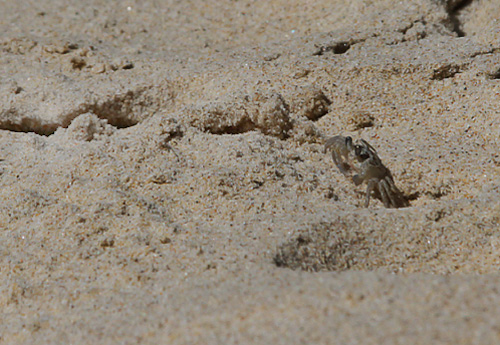 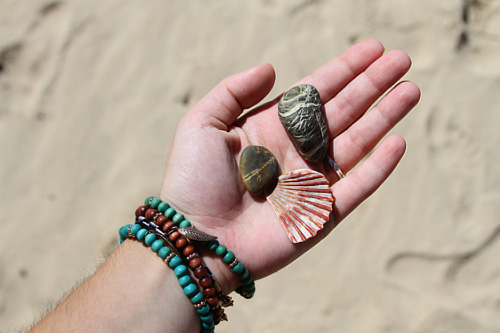 The beach was covered with tons of shells and stones. We walked by the waters edge trying to find pretty ones. It was also covered with crabs. Literally, I’m laying on a towel and there are multiple crabs digging within arm’s reach of me. Not a fan. 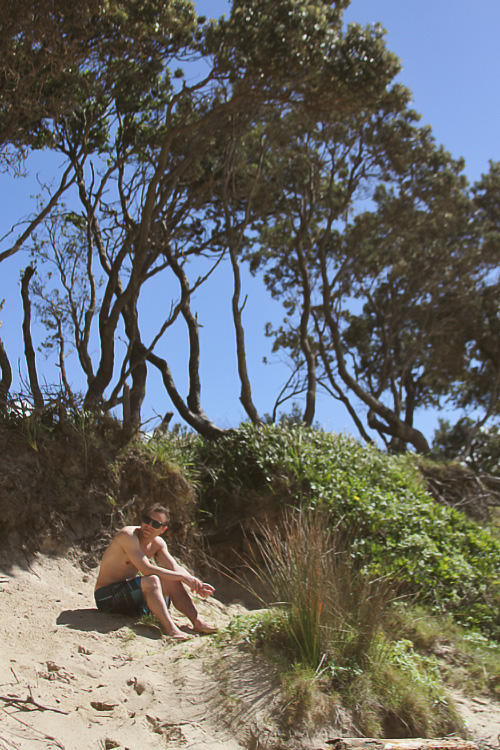 This was one of my favorite days of the trip. We just relaxed, explored, got some sun, and drank some fruity drinks. Since we didn’t leave the resort until later in the day, we ended up arriving at our next stop, Yamba, just in time for dinner. We pulled into town, snagged the last ocean-side room of a little motel, scarfed some Italian food and passed out. We took off from Yamba pretty early on Day 8. I was sort of bummed we couldn’t stay longer, as they had what was called an “ocean pool.” It was an ocean-water pool basically right in the ocean. But we had to take off because we had some pretty awesome plans set up in Lennox Head at 10am! Stay tuned. :]