By Julie8 Comments
After we watched the pelican feeding we continued our drive north to Diamond Beach. I had not heard of Diamond Beach, but it was a good stopping point for us and Jordan had found a cool place to stay. The closer we got to the resort, the more we felt like we were in the middle of nowhere (which was fine with us!). This is when we had our first wild kangaroo sighting! I managed to snap one photo before he hopped away into the bushes. 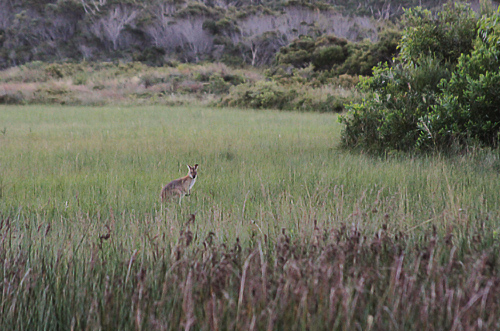 We stayed at the Diamond Beach Resort and Spa. It was so cool! In fact, all the places we stayed at were cool. Australia has some really great accommodations. Most of them were stand-alone buildings with stoves, fridges, washers and dryers. This one in particular had a nice patio out front that we had our morning coffees at. 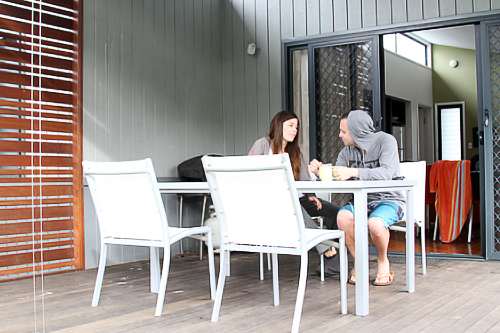 We decided to do some exploring in the morning (I think we were both hoping to see another kangaroo!) before heading out on the road again. We were the only ones around and it was so peaceful. Jordan may have been pretending he was like, on Lost or something, carrying a machete rather than a tripod. 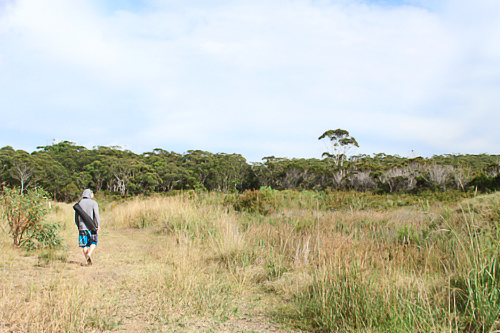 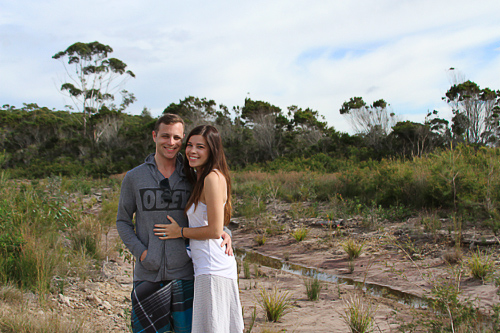 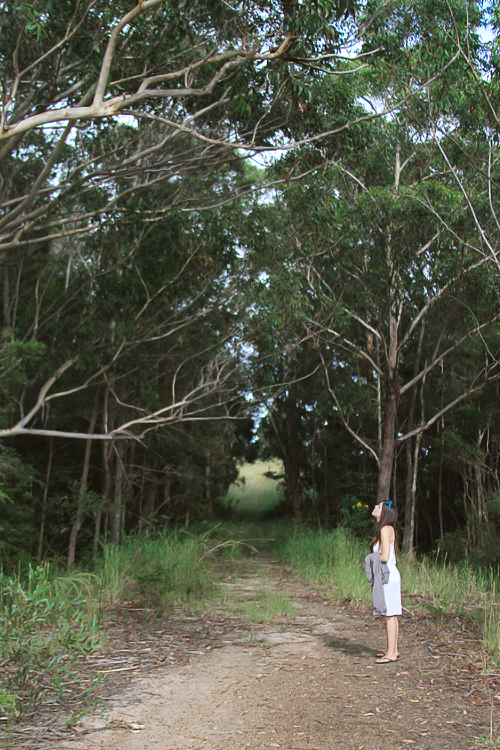 We weren’t quite ready to leave this beautiful place but we had to continue our journey north. Our next stop: Billabong Koala and Wildlife Park. It was a particularly dreary day so it was perfect timing on our part. We had the place pretty much to ourselves, meaning we had a lot of opportunity to pet koalas and feed kangaroos. 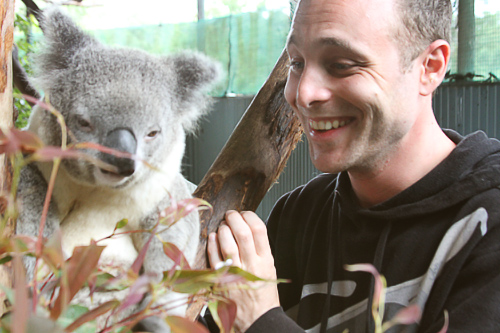 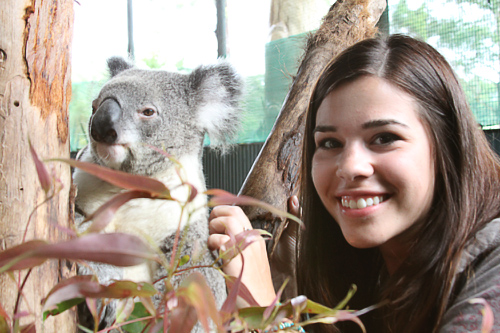 They were actually not as soft as I imagined, their fur was pretty coarse. But they sure were cute!
Next up: We find a place to stay in Coffs Harbor. (Beware of the swimming lizards!)
P.S The winner of the Modcloth Giveaway was announced here!